By jsalinasDecember 28, 2020Blog
No Comments

“[Gender inequality] should shame us all in the 21st century because it is not only unacceptable, it is stupid.”– UN Chief Antonio Guterres.

It isn’t a lie when we say that the tech world has work to do when it comes to diversity and inclusion. I’ve done much research for this post, and all I can say is the results are hopeful folks.

I’m Jacqueline Salinas, CDF Ecosystem & Community Director. I identify as a Latinx woman and in the seven years that I’ve worked as a full-time employee in three different tech companies, I have rarely come across many Latinxs. Finding people of color in tech is oftentimes very hard to do. There are many reasons why you don’t find many of us here. The primary reason in my opinion is accessibility. Many of us don’t have access to the education, people, or opportunities necessary to put us on the tech path.

I was very fortunate and I attribute myself being here to people who made sure there was space for me at the table. I realized that I needed to share some important data points about diversity and inclusion in our industry to help paint the picture of why it’s so important to make space at the table for everyone. So here’s what I found.

TL;DR: We need to be more inclusive. But seriously, read the post. It’s not that long. 🙂

The following stats were shared in the article published by Computer World, “The state of ethnic minorities in U.S. tech: 2020,” written by Galen Gruman. I encourage you to educate yourself on the real-world challenges these communities face in our industry.

The status of minorities in U.S. tech

The few available stats suggest that the tech industry is likely worse than average. But those stats tend to be based on Silicon Valley data, and Silicon Valley is less diverse than IT at large.

Tech industry seen as doing too little to support equality

The following stats are from the blog article, “Women In Tech Statistics For 2020 (And How We Can Do Better),” written by Sam Daley from Built In.

So now what? I just threw at you several facts around why being a person of color is so challenging in the tech industry. But more than that, stats on being female and/or a female from an underrepresented community.

How can you become an ally to these communities to overcome these obstacles? The article, “Women In Tech Statistics For 2020 (And How We Can Do Better),” shares with us 4 ways you can start making a difference: 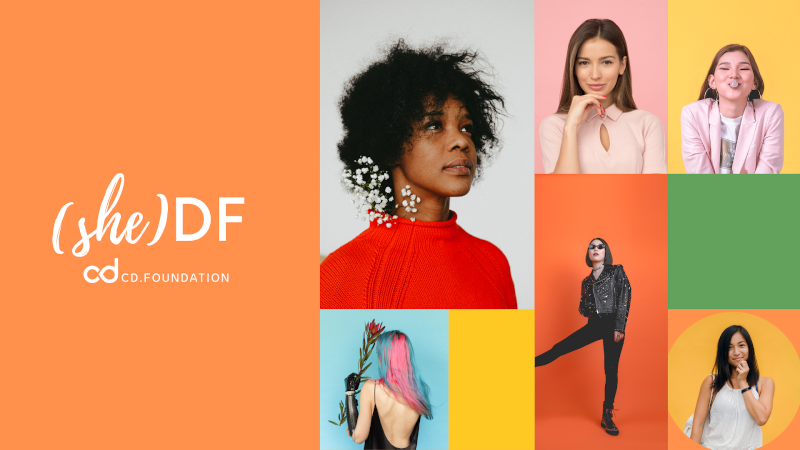 One of the primary goals of the group (she)DF is to be a safe space for women from all communities to come together to discuss industry topics, share their expertise, employment opportunities, and network. This is our first diversity & inclusion initiative and we aspire to create more. As we grow, our plans are to also be able to create more spaces and channels for all underrepresented communities to congregate and represent. I realize that it’s important for us to put our money where our mouths are. In 2020, aside from creating a group that caters to women we ensured that we had better representation in our speaker lineup for our inaugural event, cdCon. The planning committee invited community members from underrepresented communities to participate as keynote & session speakers as a measure to ensure we had representation in our program and attendees. We also partnered with Women Who Code & Black Girls Code and raised $5,000 on their behalf. For more details, check out the transparency report from our first event. We acknowledge that these efforts are barely scratching the surface but we are committed to figuring out how to create genderqueer and racially inclusive communities.

(she)DF is still young and evolving. Currently, we are a network of over 80 women on LinkedIn. We are so excited by the growth in membership, especially, as this initiative just launched this year in 2020. We saw the opportunity to create a group for women hosted by the female leadership of the CDF. The group is currently functioning as a community board where members can share events, blogs, jobs, and a fun meme or two. Diversity and inclusion are a priority at CDF and we hope to take (she)DF to the next level in 2021. We are launching a quarterly luncheon for the ladies of the (she)DF and if vaccines permit we might be able to do a few of these at an industry event in person in late 2021. If you identify as a woman in tech we encourage you to join our network of women!

Join us on LinkedIn – (she)DF