Google Summer of Code 2021: Call for Project Ideas and Mentors 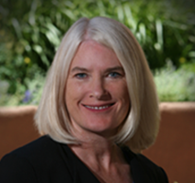 Within hours, I realized CDCon was unique, grassroots and held nuggets of information from continuous delivery champions from all over the globe.

The CD Interactive Landscape is Live

By Tracy Ragan, CEO DeployHub, Inc. and CDF Board Member

Good news!  The CD Interactive Landscape has been made public by the CD Foundation. You can find it at https://landscape.cd.foundation/.

What is an interactive landscape? The concept started when the CNCF began the process of cataloging different types of tools for building out a cloud native architecture. This led to the creation of the CNCF Interactive Landscape.  Turns out this tool became very helpful to all of us sorting out this new and exciting modern architecture. In the interest of providing a similar reference, the CD Foundation defined their own version of the interactive landscape to help clarify the tools needed to adopt a fully automated CD process.

Who is the CD Foundation?  The CD Foundation (CDF) serves as the vendor-neutral home for many of the fastest-growing projects for continuous integration and continuous delivery. The concept of the CDF was started by CloudBees and quickly accepted by thought leadership companies such as Google, CapitalOne, CircleCI, JFrog, IBM, Netflix, Salesforce, Huawei, DeployHub, Armory, WhiteSource, GitLab and others.

Why is the CD Interactive Landscape important?  In today’s hybrid environment of both legacy and modern development platforms, there are hundreds of tools that help streamline the movement of code from development through production. There is a misconception that there is such a thing as a continuous delivery solution.  However, according to the CDF, CD is defined as:

“CD is a software engineering approach in which teams produce software in short cycles, ensuring that it can be reliably released at any time. The rise of microservices and cloud native architectures has caused a corollary rise in continuous delivery practices. This is related to CI/CD that includes Continuous Integration (CI) — the practice of merging all developer working copies to a shared mainline several times a day.”

One of the primary goals of the CDF is to help drive the adoption of this practice. The practice relies on a set of tools to orchestrate, automate, configure, track and secure the Continuous Delivery approach. The CD Interactive Landscape is a tool for understanding the roles of each solution as defined by their core competency.

The CD Interactive Landscape is not a static document.  It is intended to be expanded upon by the community of open source projects and commercial solutions that make continuous delivery possible.

This first version of the Landscape was created by members of the CDF and reviewed by the CDF Technical Oversight Committee (TOC) led by Kohsuke Kawaguchi – the creator of Jenkins and JenkinsX. This is not the end of our story. We are asking that the broader community, members and non-members of the CDF, begin updating the CD Interactive Landscape with new sections and tools, or even correct where a solution fits in – we could have gotten this wrong and apologize in advance if we did.

The guidelines and directions for updating the landscape can be found at: https://github.com/cdfoundation/cdf-landscape.

For a deeper dive on the landscape, view my presentation from CD Summit/KubeCon2019

By Kohsuke Kawaguchi, Creator of Jenkins and CTO at CloudBees

This is a contributed blog from the creator of Jenkins on the project becoming part of CDF. Originally published on the Jenkins Blog.

Linux Foundation, along with CloudBees, Google, and a number of other companies, today launched a new open source software foundation called Continuous Delivery Foundation (CDF.) The CDF believes in the power of continuous delivery, and it aims to foster and sustain the ecosystem of open-source, vendor neutral projects.

Jenkins contributors have decided that our project should join this new foundation. This discussion happened over the time span of years, actually, but a relatively succinct summary of the motivations are here.

Now, as an user, what does this mean?

So I hope you can see why we are so excited about this!

In fact, for us, this is an idea that we’ve been cooking for close to two years. I don’t think I’m exaggerating much to say the whole idea of the CDF started from the Jenkins project.

A lot of people have done a lot of work behind the scene to make this happen. But a few people played such instrumental roles that I have to personally thank them. Chris Aniszczyk for his patience and persistence, Tyler Croy for cooking and evolving the idea, and Tracy Miranda for making an idea into a reality.

By Andy Glover, Director of Delivery Engineering, at Netflix

This is a contributed Blog from our Premier founding member Netflix on the donation of Spinnaker to CDF. Originally Posted on the Netflix Technology Blog﻿.

Since releasing Spinnaker to the open source community in 2015, the platform has flourished with the addition of new cloud providers, triggers, pipeline stages, and much more. A myriad new features, improvements, and innovations have been added by an ever growing, actively engaged community. Each new innovation has been a step towards an even better Continuous Delivery platform that facilitates rapid, reliable, safe delivery of flexible assets to pluggable deployment targets.

Over the last year, Netflix has improved overall management of Spinnaker by enhancing community engagement and transparency. At the Spinnaker Summit in 2018, we announced that we had adopted a formalized project governance plan with Google. Moreover, we also realized that we’ll need to share the responsibility of Spinnaker’s direction as well as yield a level of long-term strategic influence over the project so as to maintain a healthy, engaged community. This means enabling more parties outside of Netflix and Google to have a say in the direction and implementation of Spinnaker.

A strong, healthy, committed community benefits everyone; however, open source projects rarely reach this critical mass. It’s clear Spinnaker has reached this special stage in its evolution; accordingly, we are thrilled to announce two exciting developments.

First, Netflix and Google are jointly donating Spinnaker to the newly created Continuous Delivery Foundation (or CDF), which is part of the Linux Foundation. The CDF is a neutral organization that will grow and sustain an open continuous delivery ecosystem, much like the Cloud Native Computing Foundation (or CNCF) has done for the cloud native computing ecosystem. The initial set of projects to be donated to the CDF are Jenkins, Jenkins X, Spinnaker, and Tekton. Second, Netflix is joining as a founding member of the CDF.  Continuous Delivery powers innovation at Netflix and working with other leading practitioners to promote Continuous Delivery through specifications is an exciting opportunity to join forces and bring the benefits of rapid, reliable, and safe delivery to an even larger community.

Spinnaker’s success is in large part due to the amazing community of companies and people that use it and contribute to it. Donating Spinnaker to the CDF will strengthen this community. This move will encourage contributions and investments from additional companies who are undoubtedly waiting on the sidelines. Opening the doors to new companies increases the innovations we’ll see in Spinnaker, which benefits everyone.

Donating Spinnaker to the CDF doesn’t change Netflix’s commitment to Spinnaker, and what’s more, current users of Spinnaker are unaffected by this change. Spinnaker’s previously defined governance policy remains in place. Overtime, new stakeholders will emerge and play a larger, more formal role in shaping Spinnaker’s future. The prospects of an even healthier and more engaged community focused on Spinnaker and the manifold benefits of Continuous Delivery is tremendously exciting and we’re looking forward to seeing it continue to flourish.